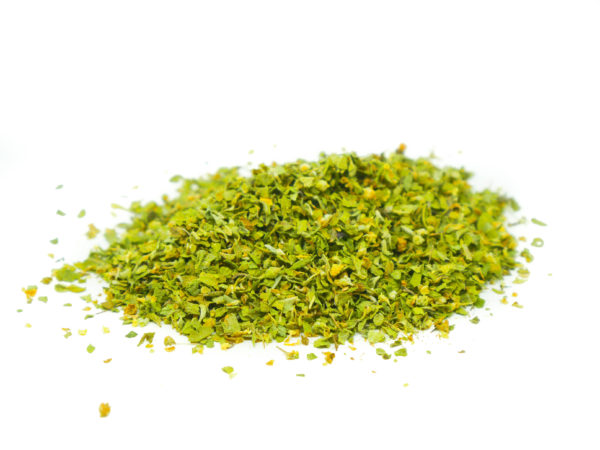 What is Mexican Oregano?

Mexican Oregano is different than traditional oregano or more commonly known as “Mediterranean oregano” and THIS HERB IS USED DIFFERENTLY! So, let’s address: “What is Mexican Oregano?” Well, Mexican Oregano isn’t 100% accurate regarding its name. It’s commonly grown in Central America and South America and well as in, you guessed it, Mexico. In fact, Mexican Oregano is in a completely different plant family than common Oregano. At first, comparing them side by side you get a clear picture of their similarities, but the more you compare them their differences start to stand out.

How do you use this spice?

In the past, a mortar and pestle were used to grind them up, this process released additional flavors that would have otherwise laid dormant. This doesn’t mean you need to go out and buy a grinding stone. Take this herb and rub it between your hands prior to adding it to your dishes to brighten up the flavor bit more.

It’s flavor profile can be described as an intense peppery, grassy and earthy flavor. These commonly compliments beans, heavy grilled meats, tacos, chili, and burritos. If you live in an area where you can grow your own Mexican Oregano, we would recommend you dry the leaves out before using it on a dish.

Many authentic Mexican recipes call for this dried herb and chances are if you’ve ever eaten Mexican cuisine, you’ve had this spice too. Mexican Oregano is commonly used in Mexican dishes and cuisine. We also find it a great addition to cuisines from other cultures including South American and Latin America dishes.

This herb is sold in many different forms from whole leaves to completely ground. We don’t think it matters which one you go with, the flavor profiles are the same. You can always buy it whole if you’re not sure what form you need and grind it to the form that fits for your recipe.

What if you don’t have any Mexican Oregano (and you’re waiting on your order to ship), what can you use? A couple substitutes that would be a decent replacement would be:

1.      Marjoram: This is an easy substitute for Mexican Oregano due to the fact that it has a similar earthy, citrus, and floral flavor. We recommend replacing equal parts.

2.      Oregano: What if you don’t have Marjoram? Equal parts of Mediterranean oregano work almost as well. Although the lack of citrus notes are prevalent, you can fix this by adding a dash of coriander or a spritz of lime.

So what is Traditional Oregano?

“True oregano” is native to most Mediterranean countries and can also be found in most temperate climates in western and southwestern Europe and Asia. True oregano can have a slightly sweet flavor with bitter and peppery notes not unlike mint. Some of the additional flavor and notes can vary depending on the specific area or type of oregano plant you taste. Turkish Oregano, Greek Oregano, and Italian Oregano are all subspecies of the true original, and each are a little different!

Can you substitute traditional Oregano with Mexican Oregano?

Although these two types of oregano have a common name, they don’t share much else including profiles. They’re actually from entirely different plant species too which contributes to their distinct flavor differences.

Being that regular oregano comes from the same plant family as mint, you can catch some of those minty undertones in this Italian herb and Mediterranean spice. That being said, the robust flavor pairs perfectly with dishes from those areas such as pizza, tomato sauce, and a variety of grilled meats.

Mexican oregano has lemon and citrus flavors with an occasional undertone of mild licorice. This flavor profile is a more appropriate pairing with Mexican dishes and New Mexico style foods. Chili and salsas often have this herb because it pairs beautifully with a spicy Chile pepper, cumin, and of course tacos.

Personally, I don’t use Mexican and Mediterranean oregano interchangeably for the same reason I don’t swap thyme for oregano: They’re just not the same, even if they do taste a little similar. (If you’re without Mexican oregano, however, true oregano is better than nothing, but marjoram, a citrusy oregano relative, works even better.)

Where can you buy Mexican Oregano?

You can buy it right here! But why should you buy it from us instead of heading to your local Mexican grocery store (if you’re lucky enough to live near one)? We’ve curated the freshest herbs and spices including Mexican Oregano. Typically what you buy from the shelves of your grocery store has been heavily processed and sat in a warehouse for quite some time drying out and aging which can impact the quality and the flavor. With our spices and herbs, you don’t get that. You get fresh ready to use.

How do you store it?

Store Mexican oregano, just like you’d store any other spice in your spice cabinet. We recommend keeping it in a cool, dry place, in an airtight container and it will last for months or even years.

Be the first to review “Mexican Oregano” Cancel reply