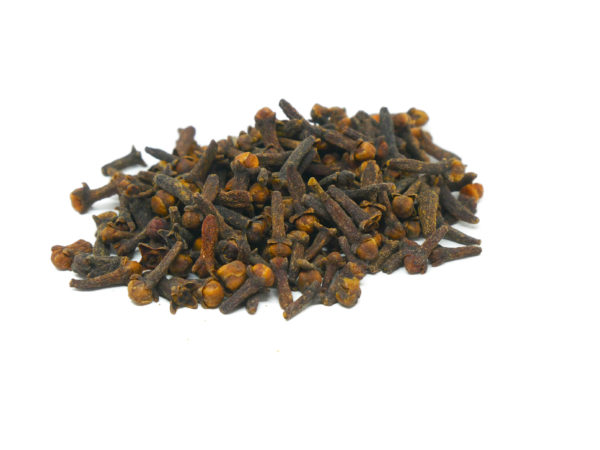 Cloves are the small, dried, unopened flower buds of the Syzygium aromaticum tree, which is native to Indonesia and other parts of the tropical world. They have a strong, spicy flavor and are commonly used in cooking and baking, as well as in traditional medicine. Cloves are often used whole, but can also be ground into a powder before being added to recipes. They are an important ingredient in many spice blends, including pumpkin pie spice and garam masala, and are also used to flavor liqueurs and other alcoholic beverages.

What are Cloves cooked in?

Cloves are a popular ingredient in many different recipes, and are used in both sweet and savory dishes. They are often used whole or ground into a powder and added to spice blends like pumpkin pie spice and garam masala, and are also used to flavor liqueurs and other alcoholic beverages. Some popular recipes that use cloves include gingerbread cookies, apple pie, pork roast with apple and clove glaze, and lamb curry. Additionally, cloves are often used in traditional medicines, and are believed to have a number of potential health benefits. However, it’s important to note that more research is needed to confirm these potential benefits.

Cloves are considered to be a healthy food, and are often used in traditional medicine for their potential health benefits. They are a good source of vitamins C and K, as well as manganese and other minerals. Some research also suggests that the compounds in cloves may have the potential to reduce inflammation and improve digestion. Additionally, cloves are low in calories and are free of gluten, making them a good choice for people who are trying to lose weight or follow a gluten-free diet. However, it’s important to note that more research is needed to confirm the potential health benefits of cloves, and that consuming large amounts of cloves can be harmful to some people.

If you are restocking your spice cabinet don’t forget to add cardamom for baking too!

Be the first to review “Cloves” Cancel reply