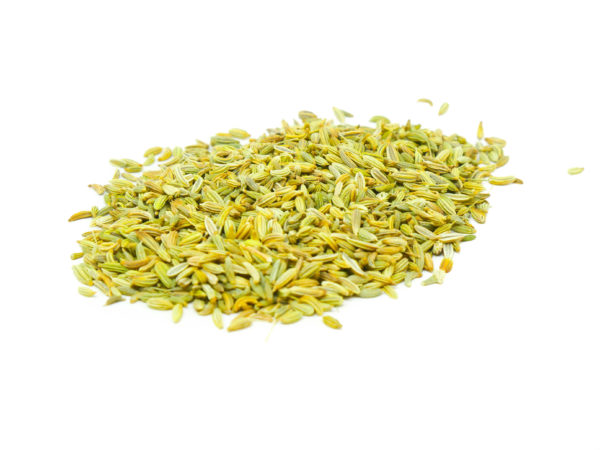 What is Fennel Seed?

Fennel seed is a small, oval-shaped seed that is commonly used in cooking as a spice. It has a sweet, anise-like flavor and aroma, and it is often used in a variety of dishes, including curries, soups, stews, and meat dishes. Fennel seed is native to the Mediterranean region, and it is a member of the carrot family. It is often used in Italian, Indian, and Middle Eastern cuisine, and it is known for its health benefits, including its ability to aid in digestion and reduce inflammation. Fennel seeds are available whole or ground, and they are often used in both sweet and savory dishes.

Fennel seed has a sweet, anise-like flavor and aroma, with hints of licorice and pepper. It is often described as being slightly spicy, with a warm and slightly bitter taste. Fennel seed is commonly used in a variety of dishes, including curries, soups, stews, and meat dishes, and it pairs well with other spices like cumin, coriander, and cardamom. The flavor of fennel seed is particularly prominent in Italian cuisine, where it is used to flavor dishes like sausage and meatballs. Overall, the flavor of fennel seed is unique and versatile, and it can be used to add depth and complexity to a wide range of dishes.

Is Fennel good for breastfeeding Mom’s to eat?

Be the first to review “Organic Fennel Seed” Cancel reply