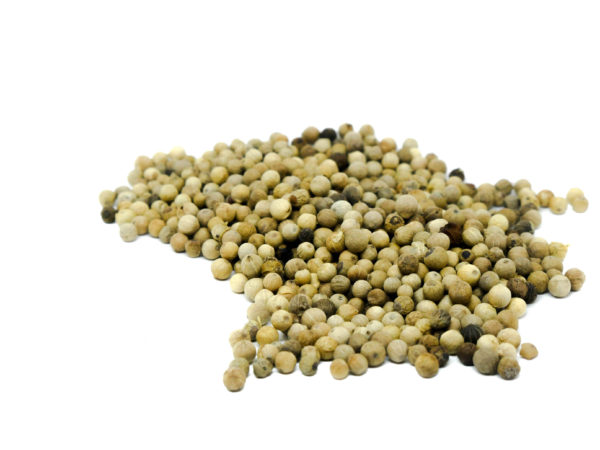 What is White Peppercorn?

White peppercorn is a type of pepper made from the seeds of ripe pepper plants, rather than the unripe green seeds used to make black peppercorn. It has a less pungent and more delicate flavor, and is often used in sauces and dishes where black pepper would be more noticeable. White peppercorn is also used in some types of pickles and condiments, and can be found whole or ground. It is commonly used in European and Asian cuisine, and is a common ingredient in spice blends like five spice powder and garam masala. If you’re feeling adventurous, you can try using white peppercorn as a substitute for black pepper in a recipe, just be prepared for people to ask if you forgot to add the pepper. White peppercorn is like the chameleon of the pepper world – it’s there, but you might not always see it. Some say it’s for those who are afraid to commit to bold flavors, but it still gets the job done. If you want to impress your guests at a fancy dinner party, try using white peppercorn in your dishes, just don’t tell them it’s basically the same thing as black pepper. If you’re really in need of a laugh, you can even try using white peppercorn as a makeshift whiteout for your notes, though we can’t guarantee your professor will find it funny.

What are the Health benefits of White Peppercorn?

Be the first to review “White peppercorn” Cancel reply